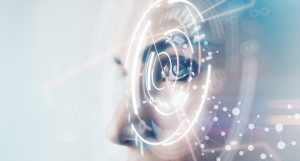 A new kind of workplace is coming – are you ready?

When you consider how quickly technology has changed the way we work today – the smartphone in your pocket packs more computing power than the computers used to put men on the moon in the ‘60s  – it bears thinking about what could be around the corner. Not least because you’ll likely be arriving at that corner sooner than you think.

On Friday I took part in a live video discussion with a group of people who know more than a thing or two about workplace technology.

We discussed how the workplace will transform by 2025, which technologies will be most important in the coming years and what businesses can do to make sure they’re ready for it.

As you might expect, there was some lively discussion – I’ve picked out a few of the highlights from the session below.

End users will be king

First up was Google’s Mark Grady, who believes the most important thing about future workplace technology will be keeping it simple.

“Simplicity is something we see from the consumer market,” he said. “Now it’s expected in enterprises. Things need to be simple and easy to use and understand.”

Another important factor will be shareability, he said – the ability for employees to swap devices and move from one screen to another with ease.

Indeed, I’d agree that we’re going to see an increasing amount of focus on the end user and the changing way in which they interact with the workplace.

Work is everywhere now, it’s no longer a case of being in the office and being productive for eight hours. What I expect we’ll see going forward is more of a human-centric agenda coming to the fore.

All of this, of course, will have to be built upon a strong analytics platform, enabling companies to join up all their data and use it for both preventative and proactive services.

Only the flexible will survive

So what do companies need to start doing now to ensure they’re best placed to meet the needs of the future workforce?

VMware’s Ralf Gegg suggested flexibility is going to be one of the most important factors in getting this right.

Where once you would ask your IT department for a new application and they would deliver it within the next month, now people need access to new technology much quicker.

They expect things to happen instantly, Ralf argued. And those expectations are driven by the experience they have as consumers.

“As a consumer, if I want a service I visit a web store, download an app with my credit card and I can be using it within seconds.”

This is the benchmark against which enterprises need to be providing services to their end users.

Ralf added that cloud adoption will be critical to supporting this new, flexible approach to services and ensuring companies achieve true mobility.

“The consumer world has driven how people want to consume information,” he said, stressing that IT needs to become an enabler of innovation.

“The days of IT providing a static environment and being seen as the department of ‘no’ have to change,” he said. “We have to be in the business of saying ‘yes’.”

Security naturally formed a large part of the conversation, with Ralf highlighting the difficulties enterprises face in such a fragmented market.

“When you have lots of different systems working together there’s a huge challenge in keeping them up to date,” he said. “And you also have hundreds of different devices.”

And with new cyber-attacks happening all the time, he believes it’s only ever a matter of time before one of them is successful. To combat that, heightened security needs to be built into a company’s architecture.

“Start with identification and authentication of users,” he said, suggesting biometric tools like fingerprint recognition will be a requirement in future. “Then look at your data centre and network. The more flexible you are, the smaller the potential surface area for attack and the faster you can isolate an attack.”

So with technology like biometrics on the rise, will we finally see the death of the password?

Mark Grady believes it will still play some kind of role for the foreseeable future, but along with fingerprints we’ll see voice identification play a much bigger role in workplace security.

He also suggested that a higher degree of collaboration between enterprises and IT vendors will be critical to avoid being left open to attack.

Interestingly, though, he talked about how GPS technology could increasingly be used to help keep workers safe when they’re out in the field.

Again, though, the end user should be front of mind. We don’t want to put strong layers of security down that will prevent people from doing their day jobs.

Despite all of this, I don’t believe we’ve seen the end of legacy IT just yet. What’s perhaps most important in this context is for companies to get the background interoperability right between the different layers of new and old IT.

On this, Christian was wise to note the growing skills gap in terms of integrating all the new services coming into businesses.

“I don’t think we have that skillset in many organizations,” he said. “It’s going to be much more of a challenge in future.”

Indeed, shadow IT – once something all enterprises feared – has now turned into an innovation pipeline for many organizations.

So there you have it: an overview of what to expect from workplace technology in the next few years and how to make sure your business is ready.

With the rise of machine learning and challenges around skills, data and interoperability – not to mention the biggest hurdle of all: security – it’s sure to be an interesting few years for technologists and businesspeople alike.

Watch the full Google Hangout on Air session above to hear the whole conversation, and keep an eye on this blog for more content to come from our panelists over the next few weeks. 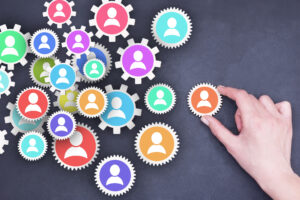 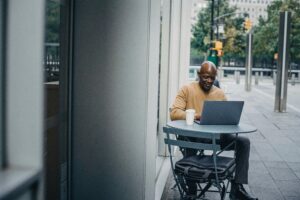 16/03/2022
John Swanson
Our world has changed beyond recognition since the turn of the decade - and these changes are here... Read more 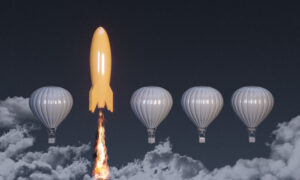 The Year of Talent: how to retain and attract the right people in the remainder of 2022