No, you didn’t misread that headline. I really do believe we should be aiming for a lack of engineers in field engineering! But hear me out…

With technology such as the internet of things (IoT), predictive analytics, drones, augmented reality and robots, there is increasing scope to remove the human element from this part of our profession.

A caveat: I’m not trying to put engineers out of a job (being one myself, this would be somewhat ill-advised!). All I’m suggesting is we could use this technology to free up engineers’ time and let them focus on bigger and better tasks.

Here’s how I think we’ll get there…

Scheduling a field engineer as a reaction to failure is the common way of working, but it’s becoming increasingly easy to automate this process to gain better efficiencies at a lower cost and, more importantly, with much less disruption.

The ability to gain intelligent insight from equipment out on the field – whether it’s a laptop, a smart fridge or some other kind of device connected to a sensor – means we can pre-empt failures. By monitoring and analysing data from those devices, we can work out when something is about to go wrong and fix it proactively at a lower cost.

And we’re not talking rocket science here. Having this kind of predictive and preventative capability is where we should be today as a minimum. As our ability to collect information using sensors improves, so will the level at which we can predict and prevent problems arising long before they occur.

Another huge part of a field engineer’s job is finding and carrying the correct part(s) for the job.

Again, this process has already become much more automated and smart over the years (Fujitsu’s connected van is one example of this).

When you couple an effective inventory management system with the ability to predict which parts are going to fail (and when) through predictive analytics, you have more than enough time to ship the part to the right location. And using 3rd-party logistics companies to directly ship parts independently of engineer scheduling is now becoming feasible.

But with the rise in drone technology comes another opportunity to reduce the human element in this process. Amazon has already experimented with drone delivery, so why not apply this same process to engineering parts in future?

Drones can also access dangerous areas or obtain viewpoints difficult for human’s to achieve (Fujitsu’s bridge inspection in Japan, for example). There is plenty of scope to push this further and reduce the need for people to risk their safety.

Training on the move is also a significant factor in field engineering. But surely this requires some element of human interaction?

Augmented reality has produced plenty of use cases that can help increase efficiency in field engineering.

Imagine an engineer who’s been sent to fix an ATM, for example, and they come across a problem they’re unsure how to deal with. Previously they may have needed to contact a higher level engineer for advice, but with augmented reality they could instantly see a 3D view of that asset being repaired.

And this is just the tip of the iceberg – what if engineers could use this technology to see what’s happening out in the field without needing to leave their desk? The possibilities are huge, and it’s going to be really exciting to see where things go in the next few years.

Now let’s look even further into the future…

I was in Japan recently when something caught my eye: a robot called Pepper. Why is this robot particularly special? Because Pepper has the ability to capture and imitate human emotions, whether it’s around tone of voice, facial expressions, or language.

This is what makes Pepper different. Emotion is an important part of field engineering – you are often dealing with people, and sometimes those people may be feeling frustrated or angry and it’s critical to be able to pick up on those emotional cues and react accordingly.

If we get to the point when robots are able to do this, there is no reason why they can’t be used to carry out the kind of work that would previously have required step-by-step instructions from a central engineer.

Making this a reality…

You may think I’m making some bold claims here. But, again, this is not the stuff of science fiction. All we are talking about is changing the way we work.

Let’s take the tech we’ve already got, make it better, and use it to free up more time for engineers so they can do the stuff that requires human thinking – the situations in which an engineer visit is unavoidable. It’s about eliminating work rather than simply reacting to it.

Let’s look at the process as I see it in future:

Sounds pretty futuristic, right? But these technologies already exist. All we need to do is improve them and join them up.

The question is: who will be the first to get there? 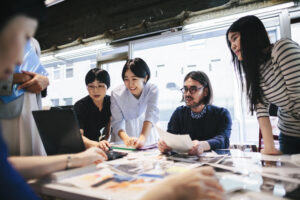 Overcoming the digital skills gap: how to attract the right talent for your business 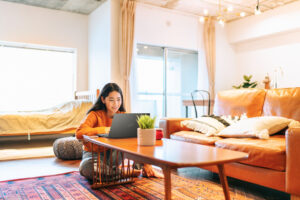 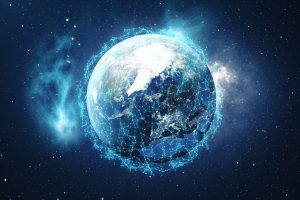 The importance of not just a partnership, but an ecosystem