The caveman & the evolution of the anthropomorphized machine

Ever since the dawn of time we as human beings have always strived and wanted to achieve more. Throughout our relatively short inhabitation on the planet, we have been rather clumsily attempting to evolve our primitive minds presumably for a greater good by learning from our initial binary mistakes. But what can the way we evolved as humans teach us about the changing role of technology in the future?

As primitive humans, we started out as survivalists at an extremely torrid time where life and death actually mean exactly that!  Early man would take the data learned from his predecessors – Caveman: what is fire? – and computing, via our subconscious neurotransmitters & receptors in the brain, based on a crude risk calculation – I wonder if that dinosaur is faster than me? Will it eat me? –  and translate that into action: a midnight stroll through dangerous territory or an early night safe in a cave.

For thousands of years, we have been making conscious and subconscious calculations using our – initially underdeveloped – cerebral lobes and making such life or death decisions based on the situational information that we have to hand. Lessons learned from doing things in different scenarios and predicting outcomes based on analytical insight and problem solving have allowed us to make rational and, in some cases, irrational decisions. We have then overlaid our personal emotional responses, practical self-analysis and knowing when not to repeat poorly conceived plans based on lessons learned. Look familiar? Who knew we were so advanced?

Learning (machines) through our mistakes

For the non-neurologists out there, the human brain is comprised of four main functional lobes, which process sensory data, analyze and problem-solve, visually process information and provide us the ability to retain information in our conscious and sub-conscious registers for later usage.

We have something which is so powerful sat atop our spinal columns that it has since inspired multiple, trillion dollar-funded races in order to attempt to duplicate and improve on its, shall we say, computing capabilities!

Deep learning High Performance Compute (HPC) models like Watson and Fujitsu PRIMEHPC (others are available!) that are being devised are examples of this. Specialist data scientists are attempting to overlay and create human-like responses from a load of carefully arranged transistors, semiconductors, capacitors and diodes all on an inch of silicon. This is to make a rational response based on known or unknown questions from Omni-channel inputs that are analyzing multiple exabytes of structured and unstructured data in what the human brain could process in the blink of an eye!

Learning from our history

This really is a game changing event, and I can honestly say, that in all my years in ICT, history and the developmental evolution with strong AI solutions that we are currently traversing is one of the most important life affecting things that still gets me excited in this industry. But in order to drive AI innovation, we must be mindful of the history lessons that accompany it.

AI-based conceptualized ideas and solutions are not at all new. They were first discussed, albeit in a basic level, by classical philosophers who attempted to describe the process of ‘human thinking’ as the mechanical manipulation of symbols. This thinking has been expanded, generation by generation, as we learn more ever since.

Alan Turing who is widely credited as being the father of early AI systems, created an extremely effective, cognitive switch-based Crypto model that could compute known algorithms to a pre-ordained pattern with a considered output from billions of potential responses (‘manipulation of symbols’ to those philosophers of old).

We’ve moved on a long way since the early stages of defeating Enigma; so in modern society what need will AI and smart computing address that is such a popular point today?

I believe that the future role of AI will be focussed on offering anthropomorphic solutions that can assist with those valued human traits of reasoning, natural language processing (NLP), perception and in some cases emotional responses such as empathy. The next wave of AI development will be about making computers more approachable so that one day we will not be sure if we are talking to a virtual assistant or a real human. And the question is, will it really matter?

And the final area from which we will draw inspiration when developing AI? Well personally, I find the silver screen has played a hugely important part in defining and portraying the anthropomorphized solutions that are still to come. Just as other creative fields are inspired by what came before it, so can the field of technology, films from the last few years. Wall-E, Transcendence, I-Robot and War Games giving us plenty of food for thought.

There is a real appetite to be the first past the post with the all singing all dancing cognitive self-aware, deep learning AI solution that will ultimately make our lives a little bit better. A solution that will, perhaps, find a cure for cancer, plot likely outcomes of sociological issues and, who knows, even helps prevent future wars. It will all happen. But, as we look to develop the next phase of our relationship technology we must definitely be mindful of what came before for both, us and technology.

And, as a final anecdote, we must be mindful not to reinvent the wheel in pursuit of a smarter solution. Remember the infamous example where – during the Russia vs the US space race – the Americans spent millions creating a ‘space-pen’ that would work in anti-gravity conditions, whilst the Russians….

….well, they took a pencil! 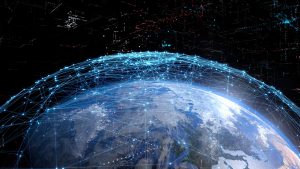 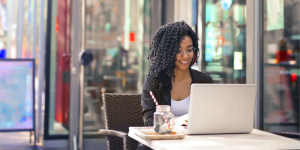 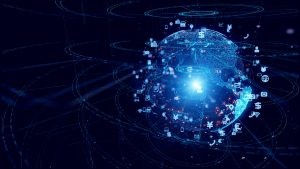