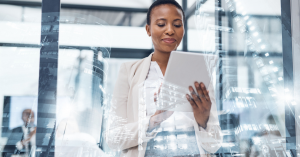 As the fourth industrial revolution picks up speed, we find ourselves in the middle of a veritable technological explosion.

Innovations that enhance our private and professional lives are realised every day, and like everyone else, I’m incredibly excited for the future.

These innovations are revolutionizing our workplace and enhancing the way we communicate and collaborate with our colleagues and business partners.

However, not all innovations move at the same speed.

Artificial intelligence (AI) promises to totally transform the workplace, but today, much of this potential remains untapped. For most workers, the idea of AI is no more than jargon.

On the other hand, innovations such as virtualization – the act of creating a software-based or virtual representation of something such as an application, servers, storage or networks – can unleash numerous benefits for organizations today.

In this blog post, I will be considering some of the factors preventing workplace culture from evolving and how tech can help staff begin to reimagine their workplaces.

An office in stagnation

Despite the near daily influx of new tech, most of our workplace hardware – laptops, phones, tablets – haven’t disrupted the office environment and culture in the last 10 years.

These pieces of hardware have tied us to what is today an increasingly archaic idea of the workspace.

I believe changing the culture of workplaces is essential if you want to modernize them and empower your most valuable assets – the people.

However, this is hard to achieve when most workplaces look like they are trapped in the early noughties!

The lack of change in the layout and the hardware used in most offices is having a ‘time-capsule’ effect on the staff inhibiting them, pushing back innovative and disruptive ideas.

How can you hope to inspire workers to become more innovative and adventurous when their surroundings indicate nothing has, nor needs to change?

The virtualization of the workplace

One of our partners, VMware, has long shared our belief that workplace culture needs to be disrupted.

It’s been the bedrock of our relationship for many years when we first included the VMware Technology into the Fujitsu portfolio – becoming the firm’s second OEM worldwide partner.

Together, we have successfully completed numerous virtualizations and cloud projects.

Virtualization cuts right to the center of one of the biggest hurdles in digital transformation: the limiting nature of physical resources.

It’s the single most effective way an enterprise can reduce costs while also boosting its agility and efficiency.

The most classical example is the limitations of a physical x86 server usually means that most IT organizations need multiple servers running at a fraction of their capacity. This is hugely inefficient and expensive, but necessary to provide a buffer of agility.

But if those resources are virtualized, it gives the enterprise the freedom to run multiple virtual systems, applications and operating systems on a single physical system, making it significantly more efficient and economical.

Today we can do better and if you really want to disrupt the concept of the workplace to its core, you could always virtualize the entire environment from the ground up, removing the need for a physical workspace altogether.

This is where Kubernetes come in…

What is Kubernetes? Serverless or Microservices?

First created exclusively for use in Google, Kubernetes is the next step forward in the disruption of the physical workplace environments.

It’s an open-source system, which allows IT organizations to automate the deployment, scaling and management of containerized applications. Or as Joe Beda, the principal engineer at VMware put it:

“Organizations have a lot of computers and a lot of things they want to run on those computers. It’s like playing a game of Tetris, figuring out which things to run on which computers.”

This means that Kubernetes can allow an enterprise to significantly reduce its costs as the ‘containers’ include everything the application needs to run smoothly, you will be able to run the software consistently in any environment.

Kubernetes has been around for almost a decade, but only in recent years has it begun to make an impact on the industry, also other technologies like Serverless, meaning no more servers to provision, manage, patch or update or Microservices that providing an architectural style where applications are a collection of services instead of a monolithic development.

An awareness of new pieces of technology or innovations is just the first step. So, while Kubernetes, Serverless or Microservices technologies are all important, they aren’t everything.

For example, some of the best results come from embedded working with customer teams on projects. Whether it’s to scale existent architectures, build applications from scratch or repackage them, the sharing of goals and a common agile culture makes the difference. At Fujitsu, we call it ‘Co-Creation with customers’

In an age of constant innovation, you need to be able to determine – quickly – how an innovation will directly affect your organization from a financial, strategic and resource point of view.

Only then will you really know if it’s the right move for your enterprise.

Virtualization enables your staff to work wherever and however they want, and that can have an incredible effect on the mentality of your workers.

Sure, these innovations will make them more productive and efficient – and that’s great.

However, on a more fundamental level, it begins to break down the stereotype of an office and the people working within it.

Full environment Virtualization promotes more flexibility, ability to try fast, redesigning and redeploying, fast scaling and upgrading reducing risks at the same time. These are the big enablers of divergent thinking, as workers find new ways to do the old tasks in an environment that is agile enough to accommodate these changes (freedom to create).

Once you wipe away the more passive, traditional culture, individuals can begin to figure out the best ways to work for themselves – and unlock their true potential.

New technologies are adopted typical by new generations, influence creativity, a new mind-set and culture change, which leads to new models and in some cases to disruption ending in the creation of new technologies with new cycles of evolution.

It’s not also very important to attract talent but create the conditions to developed and keep talent in the organizations as today we are everyday “selling” more intelligence and creativity than products or services.

To find out how Fujitsu can help your organization transform its workplace culture, click here 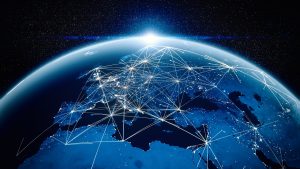 Collaboration has always been a part of the workplace, now more than ever

03/07/2020
Bryan Janes
In recent times, the importance of pulling together is more obvious than ever. But this sense of cooperation... Read more 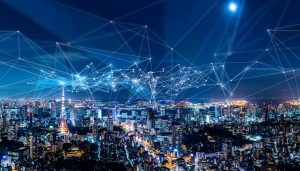 19/06/2020
Charles Barratt
Over the last few months, firms that had merely dabbled in flexible working – and many more that had never even considered it... Read more 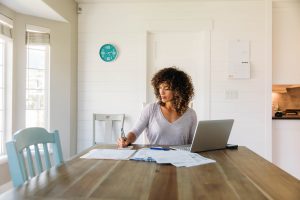 The institutionalized traditions of business have fallen