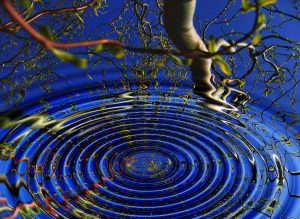 Will Windows 10 push us towards an Internet of Things nirvana?

Inevitably we are rapidly moving towards a world of hyper-connectivity where human-centric ICT, the Internet of Things (IoT) big data and the analysis of such will take centre stage.

And it is clear by the tools made available for developers in Windows 10 that Microsoft aims to play a major role in this data communications revolution.

The potential of IoT is huge and so are some of the statistics being linked with it. By 2020 it is estimated there will roughly be 10 connected devices for every human being on earth. As things are made intelligent, the global economic impact of the new services and products delivered by the IoT could total up to $11 trillion a year by 2025, according to McKinsey.

Everywhere there are possibilities.  Smart cities will see the rapid uptake in embedded sensors being deployed across the city limits to capture real time data that will enable them to predict and manage traffic flow, congestion, parking hot sports, erroneous driving styles and based on analytical reasoning redirect vehicles – via smart, sensor based, on-board navigation systems – to more appropriate routes to ensure their citizens have a much better experience whilst traversing their roads and infrastructures. Such sensors will also see the adoption of intelligent traffic lights, signs, lighting systems and will ultimately form the basis for low energy autonomous vehicles to enter the cities in a safe and controlled manner!

Smart homes will see far more advanced control of  boilers, lighting levels, cooking temperatures, broadband, baths that are the right depth and temperature for you and security systems that can and will all be controlled based on application data that is sent from wearable devices either as a manual tasks or as an automated routine based on proximity or pre-defined algorithms!

At home and in hospitals we will ultimately see time based dispersible micro sensors implanted in people’ s blood streams or in bed sheets / pillows that will gather pertinent data that can be accessed and pro-actively monitored by doctors and nurses remotely and alert them to issues ahead of time if and when required. Think about the way apps are now being designed for wearables such as apple watches and how we are now able to monitor the various pregnancy stages and see not only the mother’s heartrate but also the baby’s as well! This is just the start of smart healthcare!

Microsoft’s vision is completely complementary to this and will see Windows based systems integrated into many of these embedded devices, which will ultimately be connected across a network by internet-based standards and configured and focussed towards the end user. This will make their lives easier, healthier and more fulfilling as a result of the digital and personal revolution!

To achieve this, Microsoft has made a number of toolsets available for developers allowing them to write applications once and run them across all devices using Windows 10. For low spec devices there is a free tool – Windows 10 IoT for Core – which can be used to develop apps that, for example, monitor the weather or control LED lighting remotely.

By making the tool widely available to the masses, Microsoft is fast building up a customer base and hoping to accelerate the development and adoption of devices relevant to the IoT. Imagine popping into DIY store and buying an intelligent LED light that is Windows 10-ready, and you get some idea of where Microsoft is heading with this. The projected deployment figure is currently set at 1bn devices, but we can see this target being surpassed, just as the ambition of IoT really takes hold.

The desire to bring some kind of standardization to the IoT is an attractive proposition. Currently, the IoT is a bit like the Wild West with hobbyist developers writing applications in all flavors from Linux to Android.

Standardization across one platform, such as Windows 10, means, in theory, that development can be more consistent while there are additional benefits in terms of sharing tools, lowering costs and improving quality.

Microsoft enterprise management tools, such as Azure Rights Management can be used to consolidate an estate of devices from the cloud and manage access to the data.

There are, however, a number of caveats to this IoT nirvana.

One is the old chestnut of Microsoft’s licensing regime and how it will be adapted to customers running Windows on embedded devices. As users demand more flexibility with Windows, so the challenge of maintaining a relatively simple and fair licensing structure becomes more testing.

The second key challenge is around the security of all the data that will be produced by these battalions of devices, many of which will be collecting information on the activities of individuals.

While Big Data and analytics are key elements of making the IoT work for us, the reporting of high-profile data breaches have made many in society wary of the potential downsides of this approach and the danger of our data falling into the wrong hands.

Considering projections for the number of devices expected to be connected to the IoT, there are potentially thousands of micro-risks across the network. Trust in the IoT is key if it is to be adopted on a large scale and for trust to come, Microsoft’s handling of their own data collection and analysis from users represents an important balancing act; if they are to be seen as truly secure.

Only time will tell on this front, but what is clear is that Microsoft is hoping to be a key player in IoT as it evolves.

To learn more about Windows 10, see our previous blog post here. Click here for the next blog post in the series that looks at big data, analytics and the Internet of Things.

Tags - Big Data • data analytics • human-centric model • IoT • Windows 10
Share this article
Next article Thrills, skills and biometrics – what the financial sector is thinking about Windows 10
Previous articleInfographic: A vision for a digitally-enabled workplace of the future