Workplace 2025: Why co-creation is the key to smarter working

The IT industry is obsessed with novelty.

Just because a particular technology itself is fairly recent, we tend to indulge ourselves in believing that we have invented everything from scratch.

In reality, often times we are working with concepts that stretch back for millennia – occasionally as far back as to the civilization of the ancient Greeks.

It’s interesting to examine how these age-old concepts mutate and adapt as they move through the modern day – although even in these mutations and adaptations, they do not fundamentally change.

But it’s even more interesting to try and predict how they will develop as they move into the future.

Although a full understanding of the future is, of course, beyond us, it is a useful exercise to try and map the trajectory of big current phenomena. It means, at the very least, that we can help businesses to get ahead of the changes that may be coming.

Tracking co-creation through continuity and change

Co-creation is a prime example of this.

The concept revolves around pooling knowledge, ideas and resources with a partner – for most businesses, this means a technology partner.

And it’s currently on the rise.

The term has become something of a buzzword, and customers are increasingly keen to partake in it – in our survey of C-suite executives, more than a third of respondents said that it was ‘an essential capability’, ranking it even more highly than company vision or nurturing the right people.

But in spite of its recent success, we can’t claim that co-creation is new.

It’s about 16 years old – although in the past there was not so much need for it as there is now.

It originated with the new ideas of competitive strategies – when businesses were first being introduced to new technology and technology-related processes changes that clearly called for new levels of cooperation.

Co-creation was necessary in this instance to help guide organizations through the first stages of the disruptive technology introduction process.

But even at this point, co-creation wasn’t really new – it just meant working closely with your customer. This in itself is one of the oldest rules in the book.

However, there is something new in today’s iteration of co-creation.

Digital co-creation: the new part of an old thing

This is an integrated type of collaboration, where organizations join forces not only to bring in new tech, but also to carry out organizational, process and even business model changes at a deeper level.

You can’t just re-build IT systems. You have to modify information and communication technology in line with changes in corporate governance and value creation.

Real transformation can only happen if the business side and the technology side are brought together.

The long-term risk in neglecting co-creation

What if you choose not to employ co-creation?

Interestingly, it is one of those instances where non-adoption won’t hurt immediately.

Your original business, devoid of co-creation, will be capable of dragging you along for a time, perhaps even for a few years – although how many, I can’t be sure.

But in the long term, the impact will be doubly harsh for you.

You won’t be able to take advantage of international or global change, and this will become even more difficult as the pace of technological evolution increases.

The exponential nature of the IT industry means we can go through a whole innovation cycle in the space of 3 -4 years (that’s 2 IT generations).

So once you’ve fallen behind, that’s where you’ll stay.

In future, creativity will be key

While none of us can predict the future with 100% accuracy, we can look at the evidence of past trends to give a rough guide for what the next few years might hold.

When you look at the timing of technological changes over the years, a curious pattern seems to emerge.

And the fourth industrial revolution – the ‘digital revolution’ – is happening now, around 25 years after the last one.

Generally speaking, the time frame between each major technological shift seems to be halving each time.

If you follow this hypothesis, the next revolution is 12 years away – just after the year 2025.

And it’s likely that this fifth revolution in the 2020s will bring about mass use of artificial intelligence and machine learning.

As most everything becomes automated, the value of human work will be in creativity – the things that machines cannot do.

Whilst this is a mysterious and subjective art, my guess is that creativity is born from interaction.

You have to encourage your people to communicate, inspire each other and generate fresh ideas through cross-pollination. This is the best way to engineer a creative environment.

One thing about the future is certain: the workplace of 2025 needs to support near-time exploratory thinking.

This is an important lesson as we seek to develop new working practices for 2025. We will have to build our new workplace on foundations of both continuity and change.

The most important element in co-creation is collaboration

The final and perhaps most important thing to remember is this: co-creation is a joint effort.

The emphasis is really on the ‘co’.

No IT company can hope to tell all its customers what to do in the digital age, and that regardless of industry segment.

The customer has their own vision, and your job is to work alongside them to refine it and make it happen.

The good news is that the right kind of partnership is never that difficult.

In fact, it tends to be a lot of fun!

And, as we watch co-creation develop into the future, we can hope this will never change. 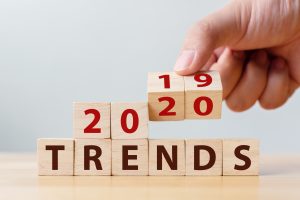 Workplace transformation trends that will define 2020

16/01/2020
Andrew Davis
As we enter a new, exciting and seemingly chaotic year, there’s every expectation that the wave of disruption we surfed on to get... Read more 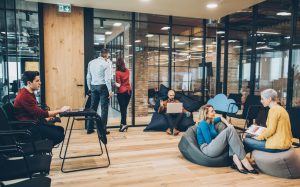 10/01/2020
Claudia Silva Lopes
It is widely accepted that technology and other forces are changing the nature of work. It’s less clear how the roles and tasks... Read more 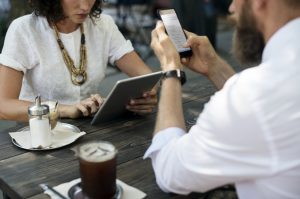